For each movie in the “Denis 2049” series, Taylor and Sam will sit down and bounce some thoughts off each other, off-mic. Their brilliant minds will unleash many words. Make of them what you will. This time: “Incendies.”

Taylor: This is a movie about math.

I have questions about this movie’s math.

How could the mother have had a son that could be old enough by the time she was in prison to be her torturer and also her son? How many years pass during this movie? This is confusing and unclear (and I think I don’t want to spend too much time thinking about it because it’s disgusting).

We both studied majors in college – journalism, telecommunications – that dealt with math super often, so I feel like we should be experts on this subject.

What say you? How do you even begin to unpack this?

Sam: I have only one theory about how one plus one could equal one.

In a situation in which the word “half” is presupposed or is unnecessary to clarify. For instance, if I wake up and there’s half of a dead fish in my bedroom and he’s narrating a movie to me, I’m gonna run out of the room screaming, “Help! Help! Someone help me, there is a fish in my room!” I don’t think it would add to anyone’s understanding if I said, “There’s half a fish in my room.” That would be more information than necessary. Then suppose that later on in this same scenario, let’s say the next day, I awoke and the other half of the fish was sitting on my desk. I would be like, “WHAT IS GOING ON, another fish??” when in reality, it comes from the same fish. It would be a fish in my room, then a fish in my room, with the total equaling one fish.

Then there’s Theory One:

So take Theory One and add it to Theory One, and you’re left with just one conclusion:

Math is a fantastic tapestry of mystery in which nothing is definite and almost everything is subjective.

What’s not fantastic – and pretty illegal – is incest. I feel like if you squint, you can actually see a hint of incest in this movie. Did you catch a little interfamilial relation in this?

Taylor: If by squint you mean, “become faced with the hard, cold reality of a horrifying world in which a war-torn country leaves outspoken women behind bars and young boys as hardened war criminals, forcing you to shield your eyes from the horror because nothing makes sense and everything you thought you knew was wrong” then yeah. I noticed.

Unless you’re referring to the brother and sister being incestual in their own way. Does the chain actually remain unbroken? Is the cycle undefeated? Evidence!

What were we talking about?

Oh, Villeneuve. I wanted to bring up something during this chat: The way that he ends his movies.

It seems to me that, contrary to the majority of the running time in his movies, Villy is actually an optimist. Each movie so far (outside of maybe “August 32nd”) is crushingly depressing and horrifying in one way or another up until pretty much the last second. I’m sure we’ll talk more about this is we continue working through his IMDb page, but I find this fascinating.

Is this an insight into his mind? What do you think Villeneuve’s worldview is?

But you’re right! Somehow, he brings it around each time. I do believe this is an insight into Dilly’s mind.

You can see it visually in every movie. Just look at the way he colors his films. The first, “August 32nd,” is his lightest movie. It pops with greens and bright yellows, while “Polytechnique,” his most serious, is bleak and colorless. Everything in between uses deep blacks and dark darks that show how low the lows are going to be and how much the tragedy is going to really hurt. He mixes all of that with solid, rich, light, warm colors that feel hopeful and comfortable.

It represents what he thinks about what he’s portraying. He believes, I think, that the world is dark and terrible, but not without hope, love and people fighting break cycles of anger and the systems that oppress them. Or, I don’t know, maybe he’s just into incest. 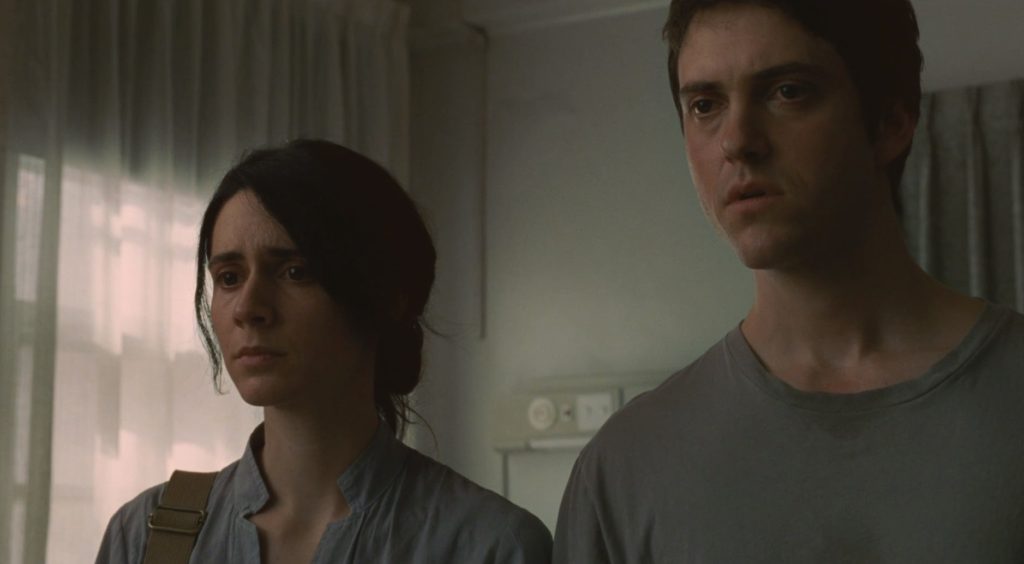 Taylor: I think this is a really good point. He often presents worlds that make no sense, that would make anyone question their existence and purpose and whether anything really matters. By the end, though, nearly without fail, he presents them with a way forward. A way to keep going. It may not be definitive or solve everything (or anything!), but it shows some optimism. And that gives me some hope, too.

You know what else gives me hope? That the rest of Villy’s movies are in my native tongue! It’s time for all English, all the time (except for Sicario probably)! Speak American, baby!

Sam: Yooooo, we’re done with French movies! I hate to say it, but I think I’m ready to return to the English language and the big-budget, shallow American works it spawns. Time for big explosions and blockbusters. What light, raunchy 88-minute American film is our reward for wallowing through 10 hours of these painful and taxing stories?